Guidelines for ALL the Awards Categories

You may nominate an individual or an organization for a Spotlight Award. To submit your nomination:

2. Make sure you indicate the relevant award category for your nomination.

3. You will need to provide a description of the nominee’s achievements. This description should address the selection guidelines and eligibility criteria as detailed in this guide. If you are not completing and submitting the nomination form online, you may either:

4. Submit completed nomination forms in any of the following ways:

Individuals receiving services from RCOC who would like assistance completing a nomination form should contact their RCOC Service Coordinator.

Confirmation of Receipt of Nomination

Nominators will receive a confirmation notice within five business days of receipt of the nomination form.

If you do not receive a confirmation notice after five business days, please contact spotlightawards@nullrcocdd.com.

The award recipient from each category will be invited to the Spotlight Award ceremony at no cost.

The recipient may also invite one guest, and a caregiver or support person, if required, to the awards ceremony at no cost.

Award recipients will be presented with their award at the ceremony to be held in Spring 2021 and the awards will be publicized. 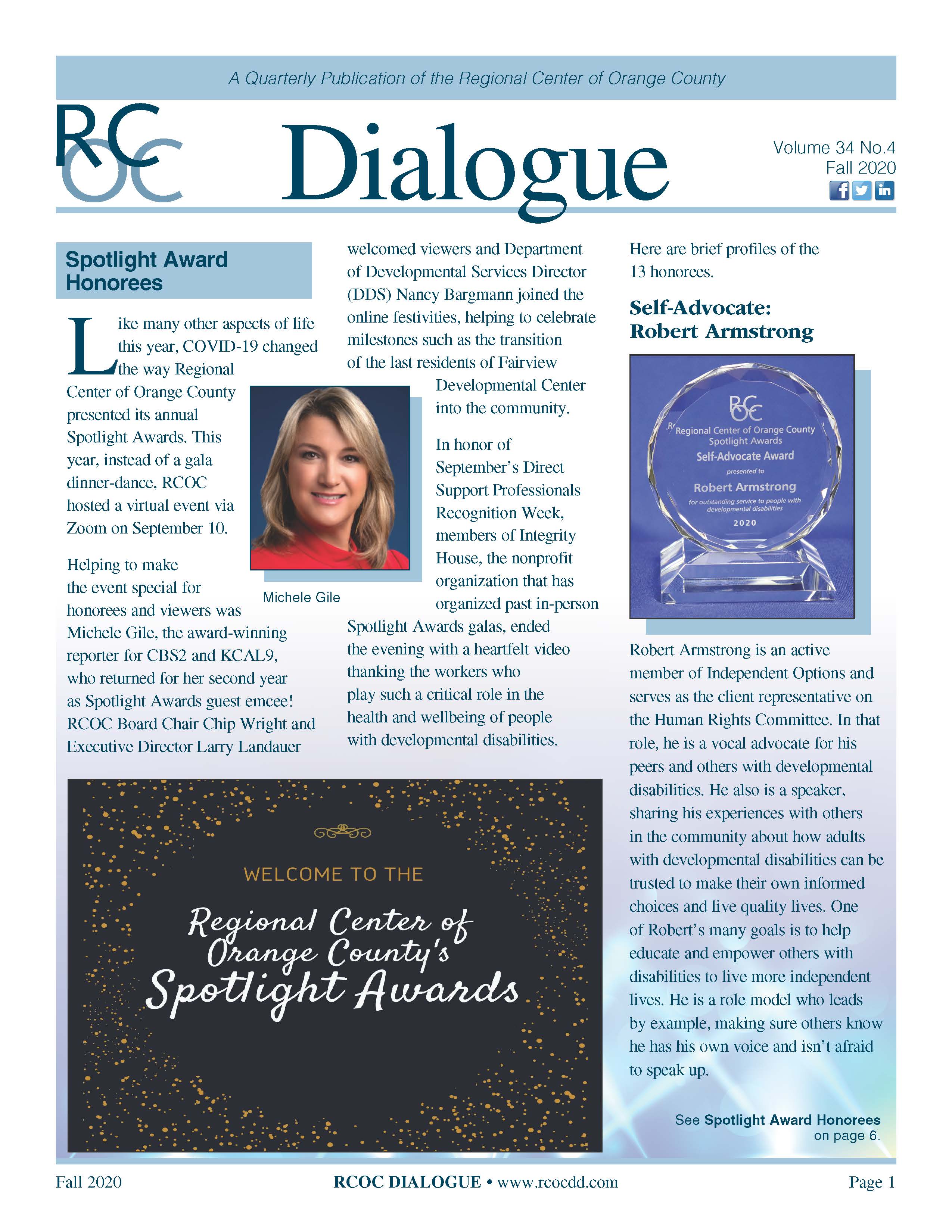